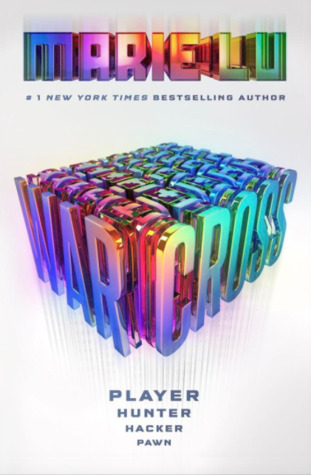 Summary from Goodreads: For the millions who log in every day, Warcross isn’t just a game—it’s a way of life. The obsession started ten years ago and its fan base now spans the globe, some eager to escape from reality and others hoping to make a profit. Struggling to make ends meet, teenage hacker Emika Chen works as a bounty hunter, tracking down players who bet on the game illegally. But the bounty hunting world is a competitive one, and survival has not been easy. Needing to make some quick cash, Emika takes a risk and hacks into the opening game of the international Warcross Championships—only to accidentally glitch herself into the action and become an overnight sensation.

Convinced she’s going to be arrested, Emika is shocked when instead she gets a call from the game’s creator, the elusive young billionaire Hideo Tanaka, with an irresistible offer. He needs a spy on the inside of this year’s tournament in order to uncover a security problem . . . and he wants Emika for the job. With no time to lose, Emika’s whisked off to Tokyo and thrust into a world of fame and fortune that she’s only dreamed of. But soon her investigation uncovers a sinister plot, with major consequences for the entire Warcross empire.

My thoughts: As the book started, I definitely saw the book as a little too similar to Ready Player One. Poor kid, virtual game world, fame and fortune, etc. But once the mystery element was introduced, I was much more into the story. Emika’s identity as both a hacker and bounty hunter makes her a fun character to follow as she tracks down a mysterious figure. The Dark Web, bombs, assassination attempts, etc. were more exciting than the game they played (and I often found myself zoning out during the virtual game portions).

I liked having Asian lead characters–I have a ton of Asian students this year and have been looking for more books featuring Asian leads.

But what made this book great was the ending. There is a big twist that I didn’t see coming. And you are left with a really tough moral decision for Emika to make. I’ll definitely be reading the sequel to see where this story goes next.

Overall: A fun read that is similar to Ready Player One in many ways, but with a mystery plot that will grab you and a twist at the end that will get you thinking.