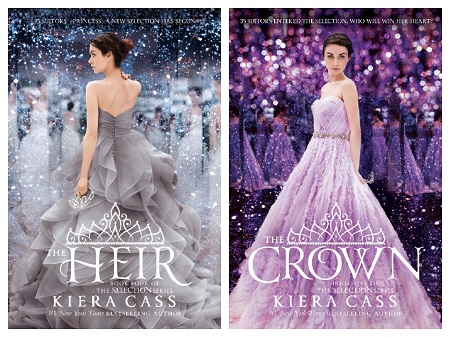 Summary from Goodreads (Book Four): Princess Eadlyn has grown up hearing endless stories about how her mother and father met. Eadlyn has always found their fairy-tale story romantic, but she has no interest in trying to repeat it. If it were up to her, she’d put off marriage for as long as possible.

But a princess’s life is never entirely her own, and Eadlyn can’t escape her very own Selection—no matter how fervently she protests.

Eadlyn doesn’t expect her story to end in romance. But as the competition begins, one entry may just capture Eadlyn’s heart, showing her all the possibilities that lie in front of her . . . and proving that finding her own happily ever after isn’t as impossible as she’s always thought.

Review:
Eadlyn is not as likable a character as her mother, America, was in books one through three. She is spoiled, self-centered, narrow-minded, and determined. Not all those traits are negative. But it’s the way she treats others that really made me dislike her. She does some callous things that will make you cringe during the Selection process. Eadlyn does grow and change over the course of both books, and makes some wonderful, redeeming choices in the end.

The book has some great positive messages for girls. Both books examine double standards of women in leadership positions. And I wonder whether part of Eadlyn being an unlikable character stems from her being not a traditional, submissive female figure.

Overall, I didn’t enjoy these two books as much as the first three, but I’m still glad I listened to them!

Overall:
The first three books in this series are more fun. Eadlyn’s story is tough to get through at times because of her unlikable nature, but there are great feminist messages for girls who want to be leaders someday. Three stars. 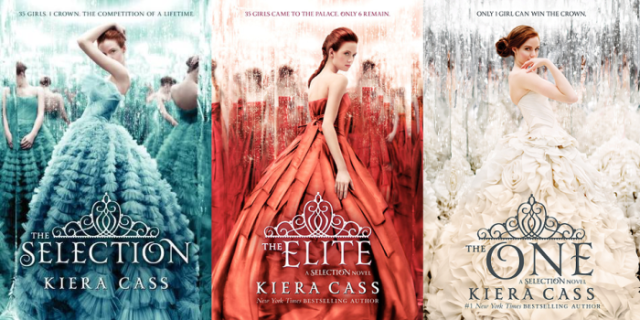 Summary from Goodreads (Book One): For thirty-five girls, the Selection is the chance of a lifetime. The opportunity to escape the life laid out for them since birth. To be swept up in a world of glittering gowns and priceless jewels. To live in a palace and compete for the heart of gorgeous Prince Maxon.

But for America Singer, being Selected is a nightmare. It means turning her back on her secret love with Aspen, who is a caste below her. Leaving her home to enter a fierce competition for a crown she doesn’t want. Living in a palace that is constantly threatened by violent rebel attacks.

Then America meets Prince Maxon. Gradually, she starts to question all the plans she’s made for herself—and realizes that the life she’s always dreamed of may not compare to a future she never imagined.

Review:
If you are a fan of The Bachelor, this is essentially that competition set in a future dystopian world. It was a fun series to listen to on audiobook as I drove or painted bookshelves. Go in expecting some drama between contestants, love triangles, lots of clothing and food descriptions, and some decent dystopian world building.

America (all the names are pretty ridiculous in this series) is a heroine you can root for with her rebellious spirit and musical talent. I was pleasantly surprised by the emphasis on female friendship in this series. And Prince Maxon was an interesting character with some feminist moments as the male lead.

I would be totally fine allowing teen girls to read this if they were looking for some romance because they also get a strong heroine, positive female friendships, and healthy messages about being your authentic self.

Overall:
I was pleasantly surprised by this series. A fun read with some positive messages and role models. Four stars!

Next Post: Part Two of the Selection series where the protagonist is America’s daughter, Princess Eadlyn.